Ramayana: The Legend Of Prince Rama to release in 4K theatrically in 2022

Ramayana:the legend of prince Rama anime is set to be remastered and release theatrically in India and Japan in 2022

In 2022 India and Japan will celebrate the 70 years of diplomatic relations between them and for that a Japan film festival will be hosted in India. 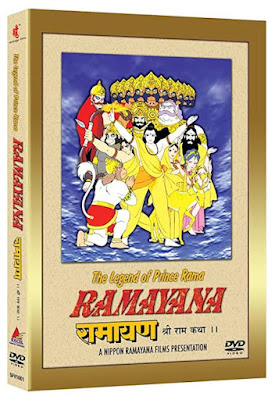 In this film festival Ramayana: the legend of prince Rama is set to be released theatrically in both India and Japan. The anime was first released in 1992 so now it will be remastered and will be released in 4K across theatres, DVDs and OTT platforms.

And it will also be the first time that the Ramayana anime will be released in theatres across India as in 1992 the movie made into controversy as at that time Ram Janmbhoomi movement was at peak and several organisations like Hindu Vishwaparishad raised objections on presenting Ramayana as an anime.

Regarding the movie it was first initiated in 1983 by Japanese director Yugo Saka when he visited India and got very influenced by the epic Ramayana and then decided to make a movie on it. However it took him many years struggling to complete this project and finally when it got completed it didn't got a theatrical release in India. That was the reason Yugo Saka later never got into any Indian project with anime.

But now the situation has changed and it is expected that during the film festival several joint ventures will be proposed to produce more such anime between India and Japan.

Hello I am one of editors of merazone.com, our blogs are mostly event-blogging only so keep in update with us to know about all the important events