Malls which can be a destination spot for middle class many times but also offers a wide range of services which obviously includes shopping but some malls are very large that the services offered by them can be too many even for you.

So let's take a look at the top 10 shopping malls across India by their total area: 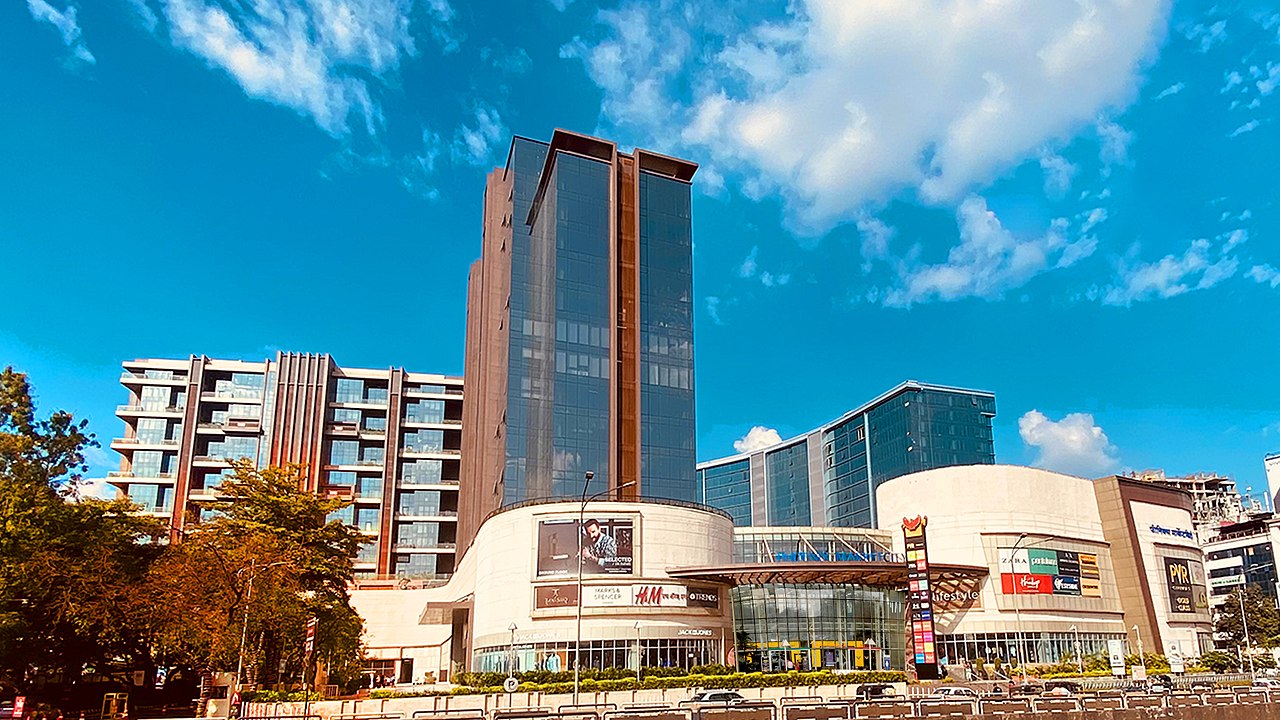 Phoenix Marketcity Pune is owned by a Mumbai-based firm Phoenix Mills Limited who also operates various malls in India with the same name in cities like Mumbai, Chennai and Bengaluru. But their mall at Pune is the biggest by area with a 1.19 million sq ft of space.

It is located in the Vimannagar area of Pune. It was opened for public in 2011. It is in East Pune with an easy connectivity to city's airport, railway station, etc.

It is a multi-level building with more than 350 retail outlets, more than 2,500 parking spaces, over 50 restaurants and cafes, 40 luxury stores and 50 flagship stores.

Ambience Mall is located in prominent Nelson Mandela Marg of the Vasant Kunj neighborhood of Delhi which is famous for hosting diplomatic missions by various countries.

The mall occupies a total space of 1.2 million sq ft. It has more than 200 retail outlets of various Indian and International brands. 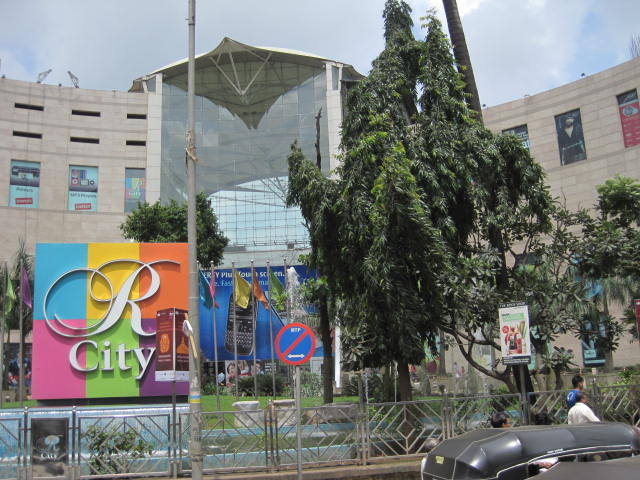 The R City Mall is located in Ghatkopar West, Mumbai. It was developed by the Runwal group and was opened to public in 2009.

The mall has a total area of 1.2 million sq ft. The mall was developed in two phases. In the past various Bollywood celebrities has visited it to promote their movies. 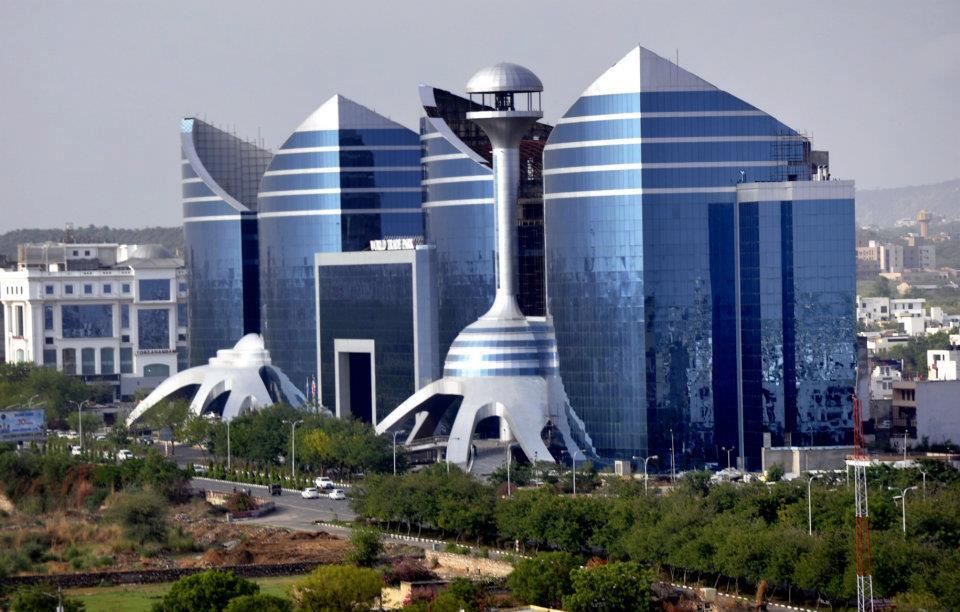 The World Trade Park is located in the Malviya Nagar, Jaipur. It was opened in the year 2012. It occupies a space of 1.3 million sq ft.

The mall has won the best architecture and mall of the year awards for it's futuristic design.

It has a parking space that can hold 1100 cars.  It has 13 floors and hosts more than 200 retail stores. Along with that it also has a multiplex, an entertainment city, food courts, etc. All the stores facilities at the mall are divided across various streets like Ethnic street, Roman street, Johari Bazaar, Oxford Street among others. 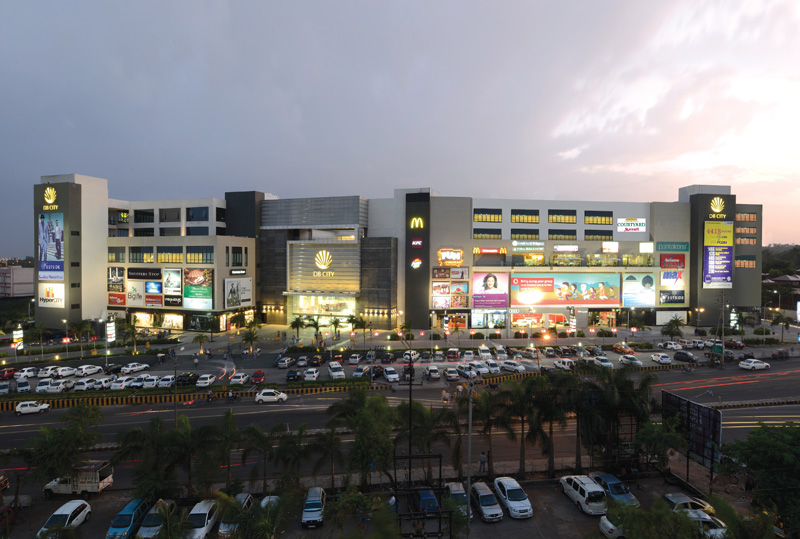 DB City Mall is located in the Maharana Pratap Nagar, Bhopal. It is the largest mall in Madhya Pradesh and as well as in the Central India. It has an area of 1.3 million sq ft.

The Mall was opened in 2010 and it is being owned by the Dainik Bhaskar group. 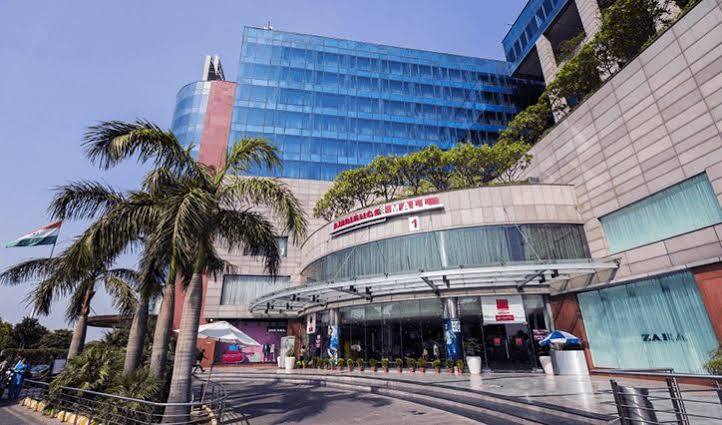 The another franchise of Ambience Mall has made into the list. And this time it is located in the Sector 24, Gurugram. It has an area of 1.8 million sq ft.

It has a parking space for 4,000 cars with a car wash facility. It is a six storey mall. It has 230 retail stores and food courts.

Among other facilities this mall includes an ice-skating zone called iSkate,  a bowling alley at Smaaash, a gaming parlour, a PVR multiplex with an IMAX screen are some of the major attractions. 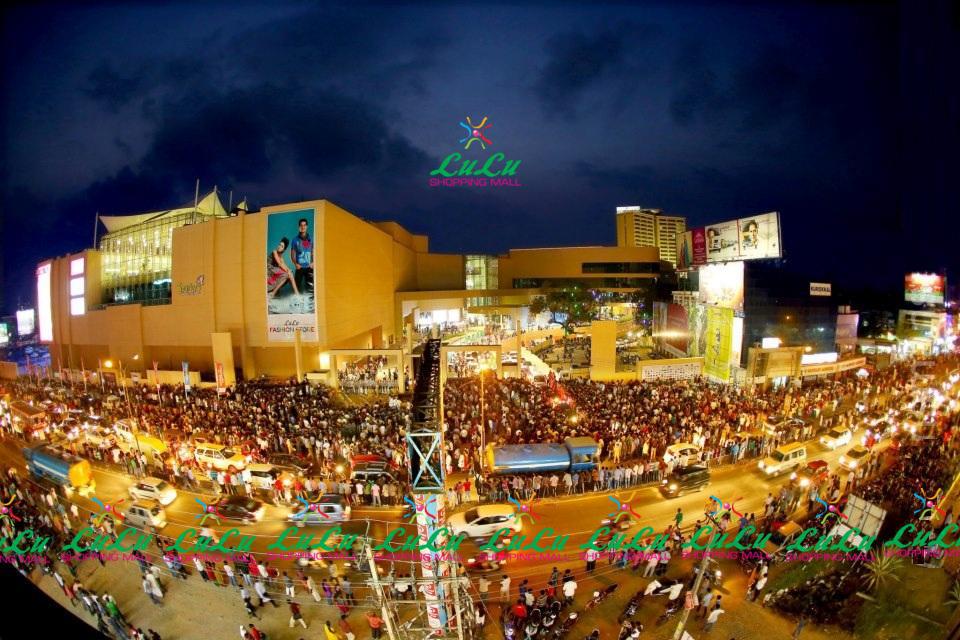 The Lulu International Shopping Mall is located in Edapally, Kochi. It is being developed and operated by the Dubai-based Lulu Group. It has an area of 1.85 million sq ft.

The Mall was opened in the year 2013. It has over 300 retail stores including food courts, restaurants, etc.

It also has a toy train that takes children across the mall floor, 9-screen PVR cinemas multiplex with gold class and 4DX screens, a Marriott hotel which has a helipad and Money exchange centres. 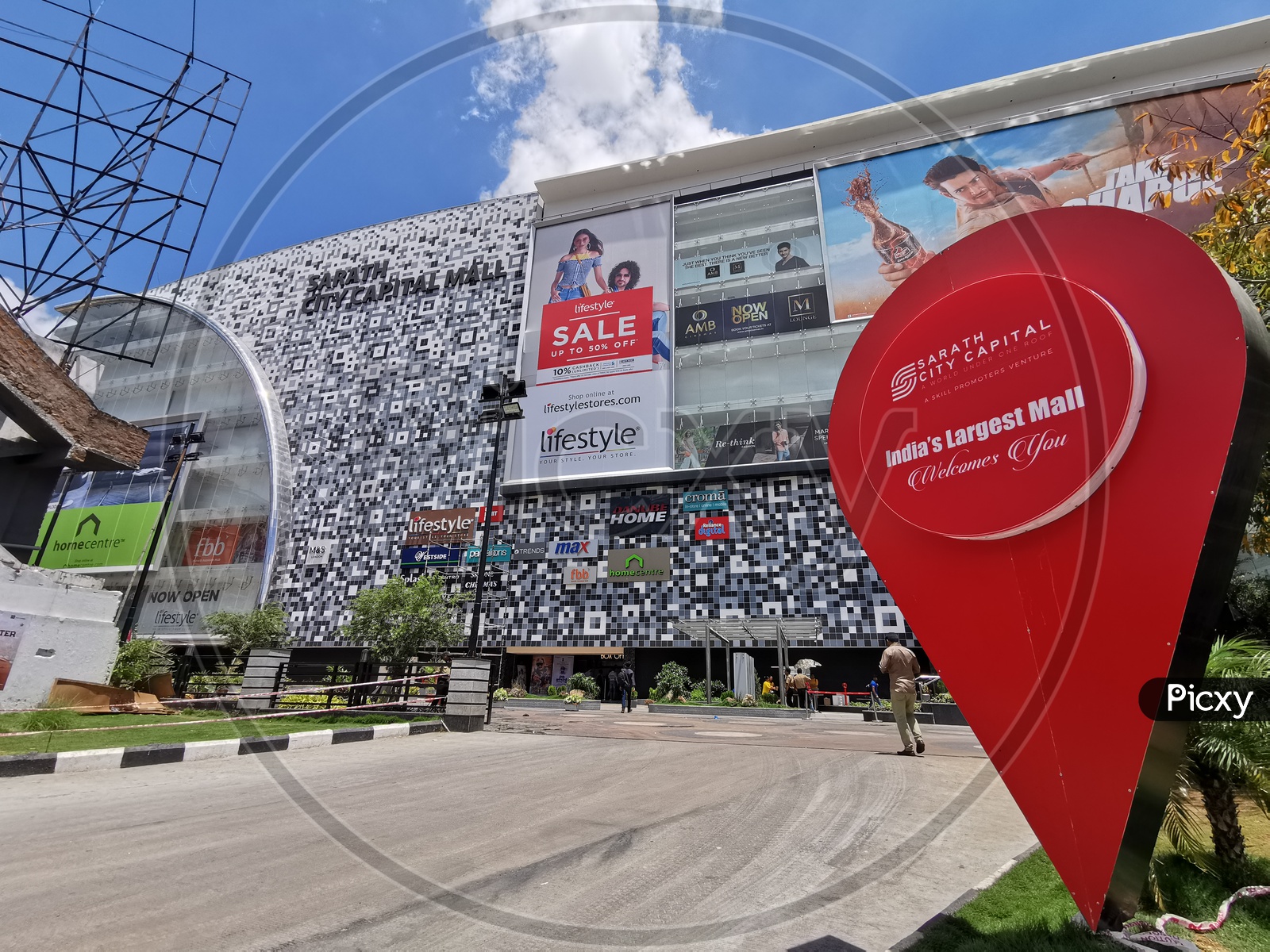 The Sarath City Capital Mall is located in Kondapur, Hyderabad. It was opened in the year 2018 and has an area of 1.93 million sq ft.

It has a parking space of over 5,000 cars. It is a 8 storey mall. It has around 430 stores of various Indian and International brands. It also has an elegantly designed marketplace called Bazaar.

Among amenities it has a 7-screen AMB cinemas multiplex, an indoor adventure park, a trampoline park, a snow theme park and many more. 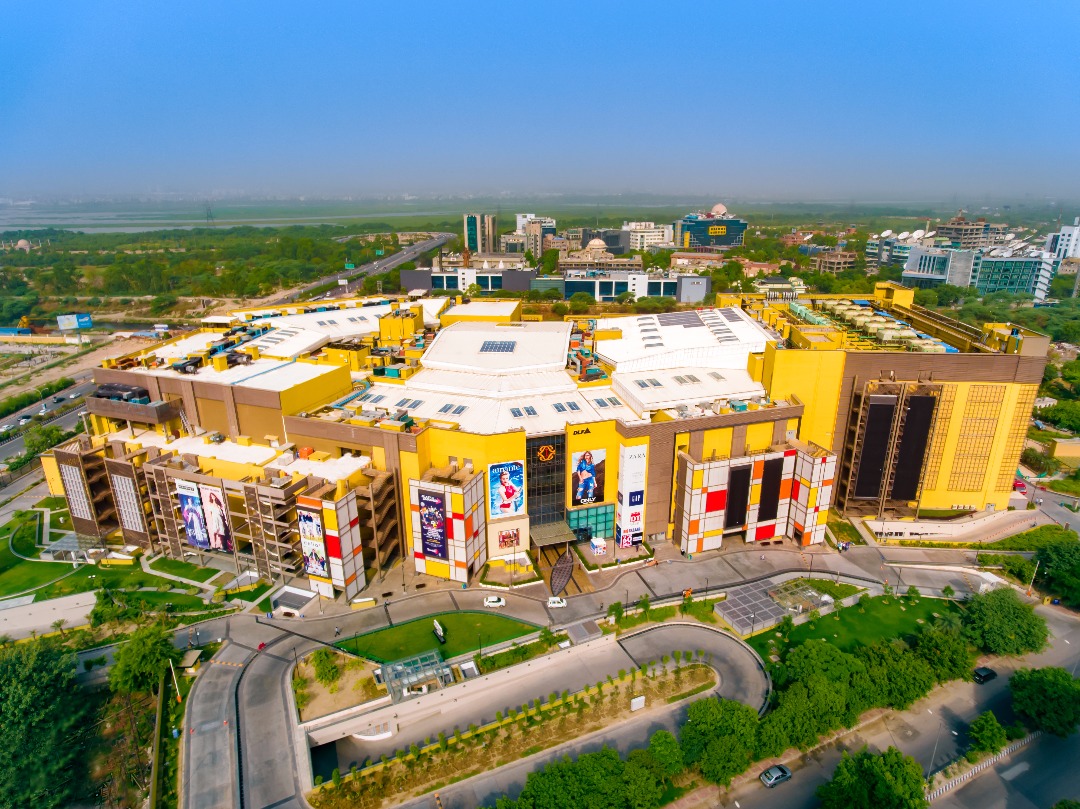 The DLF Mall of India is located in Sector 18, Noida. The mall is operated and developed by the DLF Limited a real estate giant. It was opened in the year 2016.

The mall is spread across an area of 2 million sq ft. It has 7 floors, 330 brands, 80 kiosks, 5 customized shopping centres, 75 food and beverages option.

Among entertainment areas it includes a 7-screen PVR multiplex, a gaming centre of Smaaash, kids zone and restaurants with race track atrium.

The Lulu Group's International another mall which has topped the list is the recently opened Lulu International Shopping Mall at Aakkulam, Thiruvananthapuram near Techno park the largest IT park of the state.

It has over 300 stores and services. It has 12 anchor stores of Lulu Hypermarkets. It has been built at a cost of Rs.2,000 Crores.

It has a food court which can accommodate 2,500 people largest in the country serving various regional, International and multi-speciality cuisines. The mall has a 12-screen superplex multiplex including one 4DX screen by PVR Cinemas.

Hello I am one of editors of merazone.com I mostly write about news, infrastructure, defense, sports, etc.

The love season of the year has started, on the occasion of Valentine's Day, you can feel the aroma of love in the air. It's a day when coupl…

Ramayana: The Legend Of Prince Rama to release in 4K theatrically in 2022